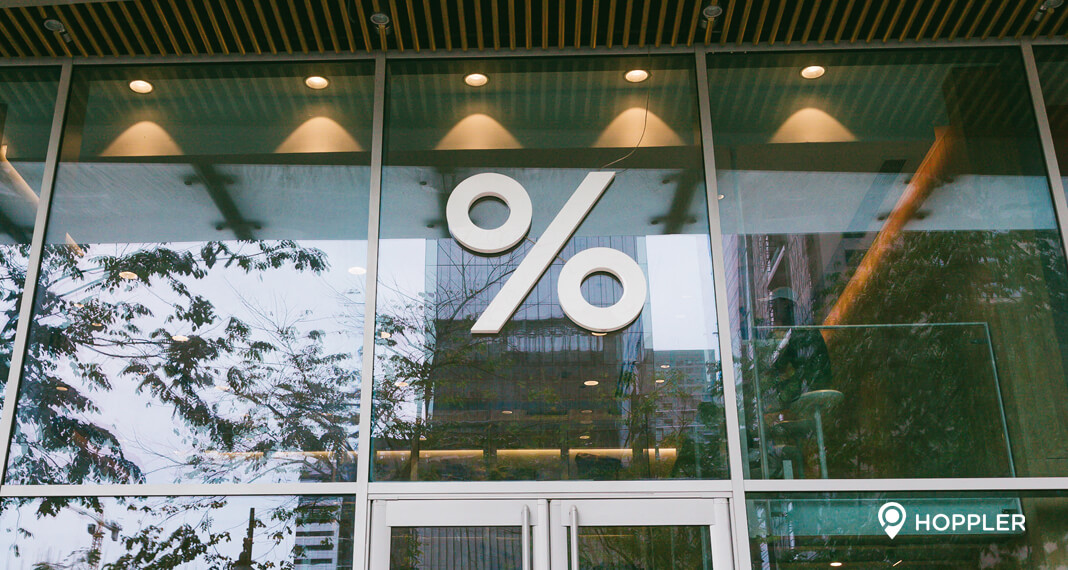 Born out of a man’s belief that an amazing cup of coffee is necessary at the start of each day, Kenneth Shoji created % Arabica, whose origins trace back to Kyoto, Japan.

% Arabica can be found in 13 countries, with stores soon to open in 13 more countries. One of the countries where % Arabica can be found is in the Philippines. Its franchisors, a mother-daughter tandem whose passion includes finding the best coffee spots around the world, made it their mission to bring the renowned Japanese coffee brand to the Philippines after an unforgettable experience back in Kyoto. In January 2018, their dream became a reality, and the doors of % Arabica Philippines had finally opened in W City Center, 7th Ave. cor. 30th St., Bonifacio Global City.

Maintaining a certain zen through its consistent palette and simple interior design, % Arabica puts the focus on its coffee. The outpost is a pleasant escape away from the busy streets of BGC. The place is also well-lit, which keeps its ambiance warm and inviting.

The coffee menu of % Arabica is short and sweet. Coffee can be enjoyed two ways: “Blend” which is a combination of two or more kinds of Arabica coffee; and “Single Origin,” which regularly varies. The company’s slogan, to “see the world through coffee,” is actualized through the intricate brews of coffee that are made with 100% Arabica coffee beans from around the world.

Their Caffe Latte, either hot or iced, is a rich drink providing the sufficient caffeine kick to battle through early mornings and last minute deadlines. For those who prefer a sweeter drink, their Spanish Latte is delicious coffee married with steamed condensed milk, adding an unforgettable creaminess to it without masking the true flavor of the Arabica. It’s an absolute hit among customers. In fact, the Spanish Latte isn’t even available in the main branch in Kyoto; it’s a special drink adapted from Arabica Kuwait. Knowing the fondness of Filipinos for sweeter drinks, however, it was decided that the drink be brought to % Arabica Philippines as well.

Their food is presently limited, with few pastries available that complement their coffee. But more options can be expected as a bakery is expected to open soon. For those who want to take home coffee beans, the baristas also willingly roast them for their customers.

For coffee lovers who frequent the BGC area, % Arabica is a new must-try. Each drink is prepared with exceptional skill made by baristas whose passion for coffee could be felt from across the counter. It is what sets the experience apart from other coffee shops, and it is what they proudly offer to the market. It’s a sanctuary for those who are looking for a short escape and exceptional cup of coffee.

And just in case you were curious, the percent sign in its trademark is actually a coffee plant with two coffee cherries on opposite sides!

Having grown up in the arts, Justin loves to tell stories. He spends most of his free time hopping from one coffee shop to another or playing with his 9 year old Siberian husky. He's also the artistic director of Manila-based performing arts collective, Theatre 2108.

Having grown up in the arts, Justin loves to tell stories. He spends most of his free time hopping from one coffee shop to another or playing with his 9 year old Siberian husky. He's also the artistic director of Manila-based performing arts collective, Theatre 2108.