Despite the country’s ongoing battle with the pandemic, forecast for the real estate industry for 2021 shows real estate investment as a stable and safe option. It doesn’t come as a surprise since the property sector has shown how resilient it is over the last decade. Property as an investment continues to yield steady and lucrative returns, generate appreciation, and preserve wealth.

But investors still need to consider several factors to utilize their money wisely and maximize their profitability potential. When choosing a real estate investment, one of the most important things to consider is the location of the property. It has the largest effect on home value.

The better the location of your real estate investment, the more desirable and rentable it is. But times have drastically changed, and it’s not just the big cities and metropolitan areas showing great potential in today’s playing field. If you’re looking for the best cities to invest in real estate, here are some prime real estate locations to consider.

If you’ve got the money to invest in classy condos and luxurious apartments, Makati City is your ideal spot. Deemed as Metro Manila’s “Wall Street” and the “Financial Hub of the Philippines,” several multinational firms set up their Philippine bases in the city. It became a highly developed financial center bristling with local and foreign professionals.

Makati City is also home to numerous known commercial establishments, making it a popular destination for tourists. It’s one of the most developed cities in the country, complete with all the urban amenities home seekers desire. There’s no doubt that the market for residential properties is massive in this location.

With 250-hectare of land, Quezon City is one of the largest cities in Metro Manila. It’s also the most populous, with 3 million people residing in this highly urbanized city. Because of its strategic location in the northeast corner of Metro Manila and positive economic potential, Quezon City is also a top choice for real estate investment.

Compared to Makati, Quezon City is more welcoming to real estate investment beginners. The area abounds with several central business districts, IT hubs, and top universities. However, the properties here are priced much lower than in Makati City, making it a great location for families, professionals, and even students.

Muntinlupa City is a refreshing choice for both home hunters and investors. Despite being a highly urbanized area, the city manages to offer a cleaner and calmer environment. With its eco-friendly space, relaxing culture, and welcoming community, it’s not difficult to see why many are drawn to Muntinlupa City.

With SLEX, C5 Road, Skyway, MCX, CAVITEX, and other roadways, Muntinlupa City is easily accessible to the rest of Metro Manila. It has a burgeoning business district, with offices of multinational corporations like Hershey Company, Convergys, and Verizon Wireless in the area. Some of the country’s premier schools are also found in Muntinlupa City.

Real estate investors should also keep their eyes open for promising locations with reasonably priced real estate packages, such as Cavite. From a historic site, Cavite transformed into one of the most industrialized and richest provinces. With access to three major expressways (CALAX, MCX, and CAVITEX), traveling to and from Cavite is not so difficult.

Leading BPO companies, such as IQOR Philippines and TaskUs, Inc., have bases here in Cavite. The province is also home to top universities and colleges, including De La Salle-Dasmarinas, San Sebastian College, and Emilio Aguinaldo College. It’s less congested than other cities in Metro Manila, making it a perfect place for relaxation.

With a mix of urban and rural living, Laguna is an endearing location for people who enjoy a life of balance. This province is located next to Metro Manila and a gateway to many holiday destinations, including Batangas and Tagaytay. It’s a safe choice for many real estate investors.

Housing several major manufacturing plants and businesses, the province of Laguna has a booming economic sector. It’s also rich in agriculture, providing fruits like coconuts, mangoes, pineapples, and bananas to local and neighboring areas. Those who have families and wish to give their children the best possible education will find reputable schools like UPLB, Mapua, and Miriam College within the vicinity.

Another province considered as one of the best locations for real estate investment is Pampanga. With easy access to NLEX, SLEX, and the Clark International Airport, residents of Pampanga enjoy the convenience of hassle-free travels. The North-South Commuter Railway (NSCR) is also set for completion in 2023, improving the connectivity of residents to other business areas even more.

Thanks to those road developments and other infrastructures, the province has seen an influx of major businesses in the area. Values of real estate properties jumped with the sudden migration of residents into Pampanga. Instead of the crowded Metro Manila, real estate investors should check out the booming cities and towns of San Fernando, Angeles, and Porac.

Real estate investors should keep their eyes open for vacant commercial and residential spaces in Caloocan City. This historic city may not always be under the spotlight, but it offers plenty of investment opportunities. You will be surprised to find that Caloocan is among the richest cities in the country, attracting an average of 2,000 businesses annually.

For residents who value their time, a lot of shopping malls, supermarkets, banks, and commercial properties are conveniently located around the city. Caloocan is also home to reputable universities such as the Manila Central University, University of the East Caloocan, University of Caloocan City, and La Consolacion College-Caloocan.

Outside Luzon, Cebu City is one of the top considerations for real estate investment. It has a growing market for condominiums because of the demand from BPO employees looking for convenient rentals. Those who have visited the city will say it’s akin to Taguig and Makati. That’s because Cebu City has a bustling environment with massive business parks, tall skyscrapers, and thriving commercial hubs.

Despite the posh, urbanized lifestyle, Cebu City maintains its provincial charm with its historical sites, beautiful beaches, and natural resources. It’s a popular destination for tourists and expats. And because of its booming economy and rising number of tourists, Cebu City’s estate industry is one of the fastest-growing.

Bacolod is a bustling coastal city with an ideal combination of urban progress and provincial charm. For those looking for real estate investments outside Luzon, consider Bacolod City and its rising economy. It boasts rich history, scenic environment, and welcoming community, enough to convince anyone to live here.

While Cebu City sees a high trend of condominium uptake, Bacolod City leans towards horizontal developments. Those who wish to dive into the real estate market in Bacolod can monitor the demand for condos within the city center while investing in houses and lots. The market for office property in the city is also high because of the rise of BPO and IT companies.

Just like Bacolod, the coastal city of Iloilo is another top real estate investment location to consider. With historical hints integrated into everyday life, living in this city is a delight for any history lover. A lot of districts in Iloilo City still have plazas, and major architectural themes follow Spanish aesthetics.

But don’t be fooled by the historic vibe of Iloilo City because it’s becoming one of the highly urbanized places in the country. Many BPO, KPO, and IT companies are establishing their main offices and branches in the area. Homegrown brands and established retail shops also show no signs of slowing down.

With a massive real estate market, Davao City is one of the best places for real estate investment in the Philippines. The city boasts of an economic performance very much like Metro Manila. It’s home to diverse industries and plays host to leading companies such as Holcim Philippines, Phoenix Petroleum, Steel Asia, Pepsi-Cola, Coca-Cola Bottlers, Phils., Inc., and more.

Tourism in the city also plays a major role in its success. Aside from domestic flights, the Francisco Bangoy International Airport has direct flights to Hong Kong, Singapore, and Quanzhou. Travelers often stop by Davao City while on their way to other parts of Mindanao.

In recent years, Cagayan de Oro has been turning heads with its booming infrastructure developments. Experts say that this Northern Mindanao city is on the brink of a real estate “explosion.” Investors should keep their eye out for this opportunity.

Known as the “Adventure Capital of the Philippines,” CDO is a top destination for tourists looking for a more daredevil outdoor activity. With the anticipated expansion of the Laguindingan Airport, more travelers and professionals will likely flock to this city. The BPO industry in CDO is also expanding, with companies like Teleperformance and Concentrix at the forefront. 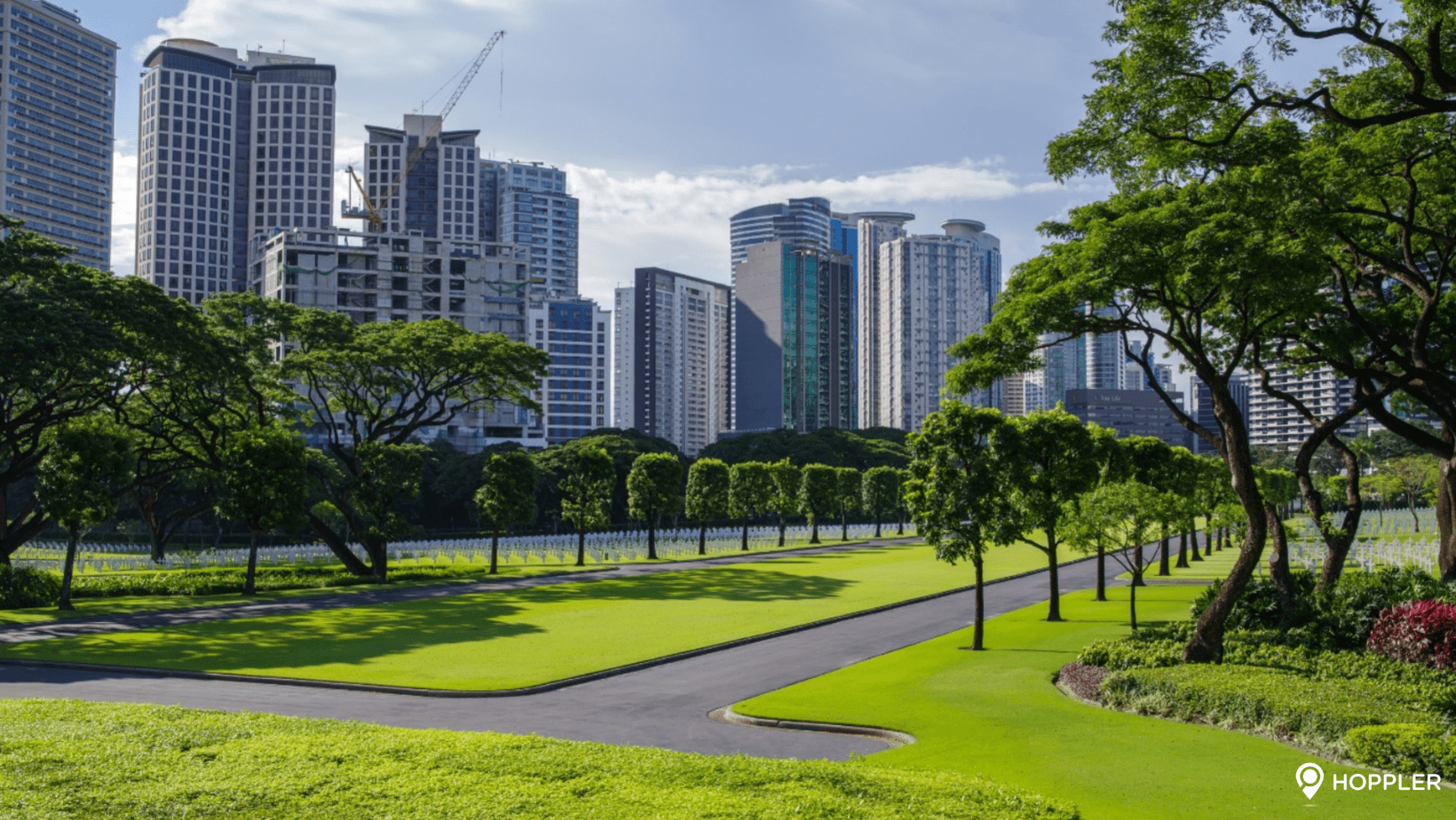 With the right location, real estate investment can be extremely lucrative. Not only does a prime location improve the value of your property, but it also increases your chance of having more potential clients. If you’re looking for the perfect real estate property for sale, check out the listings at https://www.hoppler.com.ph/. You’ll find plenty of great deals in some of the top cities for real estate investment.